Please meet the first 2020 Democratic candidate profiled here at YouCantBeatBlue to be officially endorsed by Pete Buttigieg, who was our candidate of choice for the 2020 presidential election.

Assemblywoman Sandra Jauregui escaped injury from the 2017 mass shooting at the Route 91 Harvest Music Festival on the Las Vegas Strip, the deadliest mass shooting in modern U.S. history. 58 people were killed and over 800 were wounded.

In the first legislative session following the shooting, Jauregui was the primary sponsor of AB291, a bill banning bump stocks at the state level and lowering the legal blood alcohol level for carrying a firearm outside a person’s residence. It also allows police or family members to seek an order requiring a person to surrender any firearms if they appear to pose a danger to themselves or others, and allows the court to authorize law enforcement to seize a firearm if the person has not surrendered the firearm.

It was while introducing the bill that Jauregui made the following statement, in between tears: “It took me eight days before I could have a verbal conversation with my parents, and I’m pretty sure that night has changed me forever. Committee, no matter how hard it is to share my story, I will do it as many times as it takes to prevent any person of family from having to share my experience.”

With the backing of The Giffords Law Center to Prevent Gun Violence, the Jauregui-led bill was signed into law by Nevada Governor Steve Sisolak on Friday, June 14, 2019 (VIDEO HERE), at which time Jauregui released the following statement:

“For over ten weeks, I worked with stakeholders and community groups to develop and pass the most comprehensive gun safety legislation in Nevada history. At the same moment that my 1 October Bill – AB291 – was getting final approval by the Nevada Senate, a disgruntled individual went on a 10-minute shooting rampage in Virginia Beach, VA. The largest mass shooting of the year took the lives of 12 people, left several others seriously wounded and victimized hundreds of others. Ten weeks to save lives, ten minutes to take them. We’ll never be able to go back and protect those who have been taken from us because of gun violence, but because of the actions that we took in Nevada we are making our communities a safer place.”

In Nevada, Jauregui continues to make education a priority, fighting for school funding and reduction of class size. She is also working to advance the rooftop solar industry, help Nevada become a leader in clean and renewable energy, and invest in the “energies of tomorrow”: wind, solar and geothermal.

Along with being endorsed by Pete Buttigieg, Sandra Jauregui is also supported by The Human Rights Campaign, Emily’s List, Planned Parenthood, IATSE and Naral, among many others.

She is also a big fan of The Giving Tree and Light in the Attic author, Shel Silverstein. See for yourself right here.

In 2018, Nevada became the first state legislature in the country where women hold a majority. Looking forward, Jauregui’s continued dedication to meeting the needs of the population she serves, prioritizing education, health care and sensible firearm restriction, have earned her the praise of former Mayor Buttigieg, her constituents, and her peers.

Be sure to tell her that YouCantBeatBlue and Pete Buttigieg sent you. 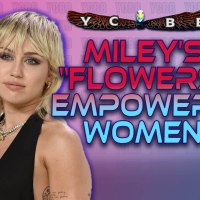 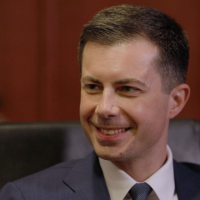