Note: Kelly Loeffler will run in a “Jungle primary” this November. Unlike a normal Georgia election, all candidates in the special election, regardless of party, will run on the same ballot in November. If no candidate receives s a majority, the top two finishers advance to a runoff.

Georgia Senator Kelly Loeffler had one job… one!  All she had to do was keep her head down and not cause trouble.

Loeffler has been in office for all of three months, but she’s already starring in her own personal financial crisis.

The day after senators were first privately briefed about the oncoming corona virus and its potential catastrophic consequences in the U.S., Loeffler and her husband began dumping over one million dollars in stock from companies that would have expected to be hit hardest by the virus, while simultaneously buying stock in telework companies that would expect to benefit from the virus.

Loeffler’s wild stock spree began in late January, yet on February 28, she tweeted out the following to voters: “Democrats have dangerously and intentionally misled the American people on #Coronavirus readiness. Here’s the truth: @realDonaldTrump & his administration are doing a great job working to keep Americans healthy & safe.”

Before we get to all the other reasons why Kelly Loeffler needs to be returned to private citizenry as soon as possible, let’s stop for a moment and take in this little bit of financial mischief.  It’s called “insider training” and it’s what happens when one uses information one has received ahead of the public to make money in the market.  Martha Stewart did it.  Gordon Gekko, too.  Insider trading is the crime four out of five white-collar criminals prefer.  But it’s not the way one should start their career in government.  Someone should have told that to Loeffler.  Heck, even Katie Hill waited longer before fooling around with her staffers.

Senator Loeffler could have easily absorbed whatever hit she would have taken from not making those transactions, and avoided accusations of abusing her power.  Why?  Well, to put it bluntly, Loeffler is loaded! She co-owns a WNBA team.  And her husband, Jeffrey Sprecher, literally owns the New York Stock Exchange, plunking down 8.2 billion dollars for it. With a net worth of half a billion dollars, Loeffler is the single wealthiest member of the Senate.  It’s wonderful to think of all the respirators, gloves and face masks half a billion dollars could buy right now, isn’t it?

But instead, while America gets sicker, Kelly Loeffler just gets richer… by a lot.  And now, because of it, she’s got a scandal, fair or unfair, stuck to the underside of her good name less than half a year into her Senate career.  And that’s too bad, because incumbents who are not mired by the semblance of ethically dubious activities usually get re-elected simply because, well, they’re already sitting in the chair.  Incumbency has its privileges! Barring any big league hitters getting into the race, Loeffler might have quietly coasted to re-election, even if half the population of Georgia had no idea who she was.  Now, Georgians may be asking each other, “Should I vote for that shady, greedy Kelly Loeffler?” instead of what they were asking only a few weeks back: “Kelly Loeffler?  Isn’t she the manager at my CVS?”

Georgians may have some additional questions about Senator Loeffler now that they’ve been made aware of her, some of which I will attempt to answer below:

“When was Kelly Loeffler on the ballot?”

She wasn’t.  No, Georgia, you never had a chance to vote for her.  Though you’re paying her salary, Loeffler was appointed to her senate seat by Governor Brian Kemp. There’s no proof of her buying her way to that seat, though her Excel-crashing bank account and husband’s suits made from ostriches by orphans probably didn’t hurt.  And then there’s the fact that Georgia has not had a female senator in nearly 100 years (and the previous one only served for one day), so it can certainly be observed as a smart, calculated strategy to keep the seat red, during the #MeToo era, for the foreseeable future.

“Why don’t I see Loeffler getting out to know her voters?”

She and her husband live in a 15,000 square foot mansion acquired in a $10.5 million dollar purchase that broke the record for the most expensive real estate transaction in Atlanta.  If you lived in these digs, with the Versailles parquet, secret passage to the living room, and nineteenth-century pool house from France, would you ever leave to mingle with the common folk?   Think how much fun it must be social distancing in that pad, in between playing “Epic Hide and Seek” and murdering Colonel Mustard with the lead pipe.

“Okay, so she’s wealthy and powerful, but that doesn’t mean she’s automatically bad.  What matters is how she votes.  She’s not in lock step with Donald Trump, is she?”

Well, you might want to sit down before you scroll any further.

So, there’s that.  There’s also this quote Loeffler made from the Georgia State Capital in December or 2019 when her appointment to the Senate was made by the Governor:

“I’m a lifelong conservative. Pro-Second Amendment. Pro-military. Pro-wall. And pro-Trump,” she said. “I make no apologies for my conservative values, and will proudly support President Trump’s conservative judges.”

Oomph.  Insider trading accusations, a Senate seat presented on a silver platter, gobs of money, pro-wall, and unashamed in voting to fortify her position of power in the party of Donald J. Trump.  I’d say Senator Kelly Loeffler is one #BadRedApple, how about you?

My spies most recently spotted the senator on March 6th, tagging along with the president to the Centers for Disease Control, or as Trump likes to call it, “That dump that’s painted all white.” Smartly, she kept merely to smiling admiringly as Trump passed along such re-assuring messages about the spread of corona virus like, “The tests are beautiful!” “I like the numbers!” and “There’s a ‘c’ in science… who knew?”

The CDC trip was definitely a good photo opp for the newbie senator.  Still, based on what we’ve seen from her so far, it’s hard not to wonder whether or not Loeffler is simply playing the role of concerned government official.  Yes, she voted for the CARES Act, but every senator did the same.  It’s difficult to imagine that the Senator, with the choices she’s made, is suddenly all that interested in putting the needs of the state of Georgia ahead of her own financial eminence.

There’s no denying that in her short tenure in the Senate, Loeffler has used her votes and public statements to achieve VIP seating in the Trump pantheon of sycophants, working her hardest to out-apotheosize other Trump disciples like Thom Tillis, Lindsey Graham and the feverishly loyal Susan Collins.  In between, she finds time to make possibly illegal and unethical stock transactions based on her advance knowledge of a pandemic in order to save herself millions of dollars.  Meanwhile, the rest of America stays locked up at home, worrying that the spoon they just had in their mouth may have touched the hand towel they used to pick up the Amazon package left on their front door, and there’s the very real possibility they might die because of it, isolated from loved ones, with no mansion, millions of dollars in stocks, or an appointed Senate seat to comfort them.

It would seem that in almost every way, Senator Loeffler has little in common with the people living in the state she represents.

If I were a voter in Georgia, I’d be asking myself right about now if Kelly Loeffler has distinguished herself as someone who understands my needs and the needs of my community.  And I’d ask myself if she is willing to break from the Trump party line in order to preserve the health and safety of the people relying on her to fight for their basic needs.  And if not, I’d prepare to vote against Senator Loeffler and swiftly return her to her gilded kingdom of polite southern society.

2 thoughts on “The Senate: Kelly Loeffler’s Re-Election Plans Are Ruined Now That People Know Who She Actually Is” 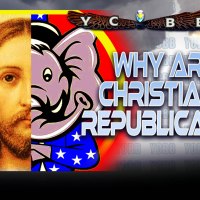